At Life Ed Queensland, our program is constantly evolving to meet the needs of young people, teachers and parents. We want our sessions to be educational, relevant, fun and engaging so that children are empowered with the knowledge and tools to make safer and healthier choices for life.

As a program that is centred on children’s holistic health and wellbeing, it’s important that we give kids ‘a voice’ and find out what they think. 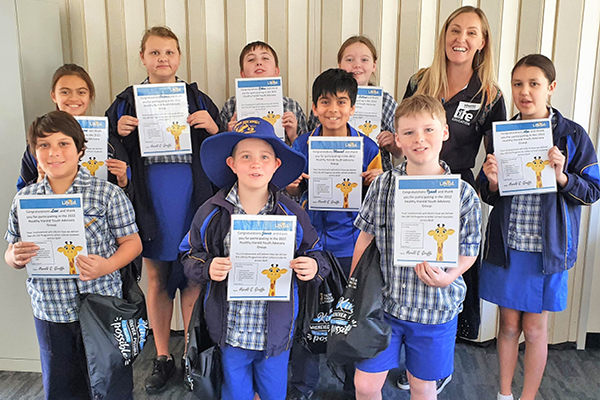 The Relate, Respect, Connect module features an activity called, ‘Anybody Who?’ in which the Life Ed educator poses a series of questions and statements to prompt reflection.

Other variations of the question include asking students if there is:

The simple yet powerful activity is a great way to get young people thinking about empathy, feelings and respect for others, and leads to discussions about how to stay calm, get help, say sorry and resolve conflict online and face to face.

The Pimpama youth advisors said the activity was not only interactive and fun, but it also helped them learn a lot about each other’s personalities.

Izaak said – “This activity tells me more about my classmates and friends. I learned that things that happen to me, happen to others as well.”

Mossab agreed, saying – “I learnt from this activity that all the things that happen to me have also happened to others.”

The students also liked the video resources utilised in the Relate Respect Connect module, saying it was powerful to hear advice from high school students.

“I liked how one of the students said you can give others advice and help with other people’s problems. I can relate to these people and what is going on in their life,” Mossab said.

Capri said she could ‘relate to feeling nervous and excited this year and about going to high school’ and liked the reminder that good manners was the foundation of respect.

Leilani liked hearing older students’ advice about changing into a teen and could relate to being alone as well.

And Victoria said the video demonstrated that you could help a friend without judging them. 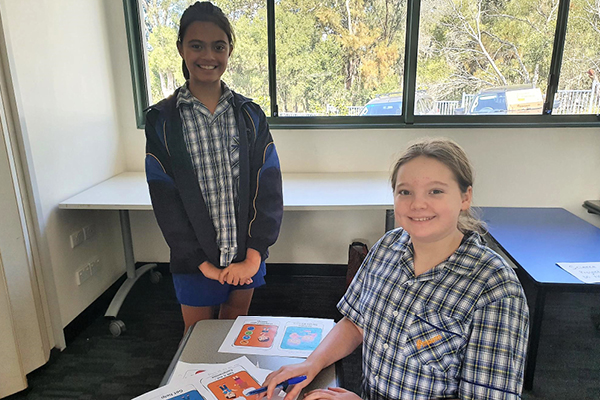 Life Ed Queensland Program Delivery manager Sue Osmond said working with the Pimpama youth advisors had been extremely rewarding. As well as providing feedback on program content, the students readily recalled what they had learned with the Life Ed program throughout primary school.

“The Year 6 group said they had loved everything about the Life Ed program over the years – Healthy Harold, the educators and learning about the healthy foods, the human body, smoking and puberty,” Ms Osmond said.

“But it was also great to hear such thoughtful answers when we asked students what they’d like to see more of in the program.

“One student said mental health education was important because he was aware that the Australian Census had recorded a rise in mental health issues. Another said she was keen to learn more about puberty and drugs so that young people were discouraged from doing drugs later in life.”

The students will have the opportunity to increase the impact of their learnings on respect and kindness when they give a presentation to around 500 students at their school assembly next month.

Well done Pimpama Youth Council Advisors. Thank you for sharing your feedback on our program. You are amazing role models for your school.