The importance of respectful relationships education

Brisbane father of two, Jason, has been a proud supporter of Life Ed Queensland since 2018, when he signed on as a regular donor with the Kids Protect Team.

“I became a regular giver because one of the things the Life Ed program does very well is teach children about respectful relationships. I wanted the anti-bullying message to be spread far and wide in schools,” he said.

Jason feels strongly about educating children to make good choices, due to a family tragedy many years ago. His beloved older brother died at the age of thirteen after a school yard incident which resulted in the teenager sustaining a head injury.

“We did not know that my brother had an aneurysm on his brain and that it had burst. Three days after he went to hospital, the doctors pronounced his death. The hospital sought my parents’ consent for organ donation which they agreed to. My brother went on to save six lives, so somewhere, his heart is still beating.”

The tragedy profoundly changed Jason’s view of life and reinforced how one simple choice can have devastating consequences.

He believes respectful relationships education should underpin the curriculum at all schools.

“There should be zero tolerance to bullying, but unfortunately, it is still going on today,” Jason says. “I want my daughters to have a happy learning experience at school and positive friendships with their peers.

“It’s very important to teach children about social behaviour. The teachers have enough on their plate, but this is where Life Ed Queensland comes in. The way the program helps children understand those social issues and helps children to grow and develop healthy minds is vital.” 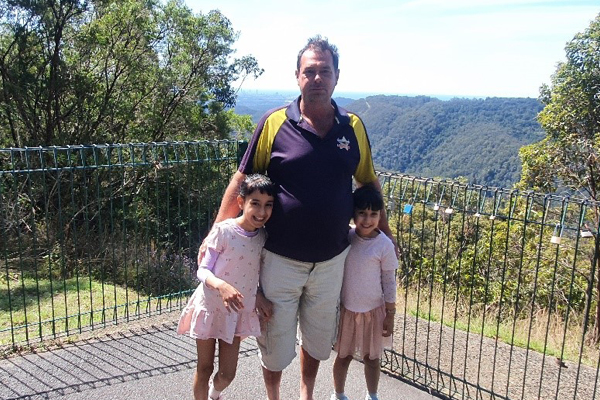 As a health promotion charity, our work with children is made possible by the support of caring Queenslanders. Donate to our charity today.